THE JOLLY FOLLY OF POLLY THE SCOTTISH TROLLEY DOLLY

A mini merry go round of musical mayhem…

“Five Stars – Unmissable” The Guardian
“a hilarious musical treat” The Herald
“A real Fringe Find. West End Transfer anyone?” The Stage
“Should make all their careers” The Spectator
“A glowing 14 minutes” The Observer
“Suzanne Procter is brilliant as Polly” The Big Issue

The Jolly Folly of Polly the Scottish Trolley Dolly”, helped launch the careers of all those involved with it. Lesley Ross and James Williams’ mini tale set a benchmark for bite size drama everywhere and since then the two writers have gone on to work with the National Theatre, Welsh National Opera, Perfect Pitch, Theatre Royal Plymouth, Theatre Royal York, the Sherman Cardiff, the National Theatre of Wales and the BBC. But all this success first took flight with the creation of the ever hopeful Polly, and her simple dream of taking to the sky. Directed by Royal Shakespeare Company associate Rebecca Gould. (15-17 minutes)

First performed in 1998… it has now performed all over the UK and abroad, most appropriately at The Virgin Atlantic Base in Crawley…

LIA’S GUIDE TO WINNING THE LOTTERY

Book by Keren David (adapted from her novel)

Based on the brilliant novel of the same name by award winning author Keren David, this is a hilarious, fun family musical with an irresistible pop score. Lia’s mother is a nag, her sister’s a pain and she’s getting nowhere in pursuit of the mysterious Raf. Then she wins eight million pounds in the lottery, and suddenly everything is different. Everyone dreams of winning the lottery, but what’s it really like? Lia’s Guide to Winning the Lottery tells the story of a sixteen year old girl who becomes a national celebrity in a matter of minutes. Whilst in development the show has had full productions with UCLAN, The MTA London and the University of Cumbria. 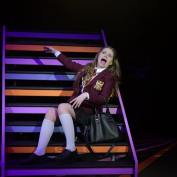 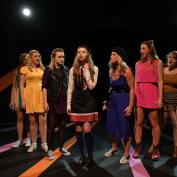 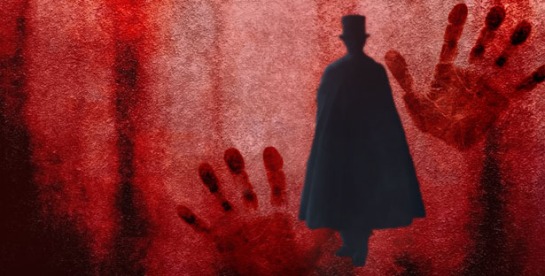 It’s Whitechapel 1888 and it’s no time to be a woman alone after dark. There’s a psychopath on the loose and he could be a surgeon, a member of the Royal Family or he could be the mysterious man that you’re falling in love with. Nothing is certain. What’s left for a working girl to do but take to the streets and make a song and dance about it?

Shreds is a musical thriller based on the true events that occurred in that fateful year.

Flesh, Why Do Whores Only Sing in Musicals?, Come To This

Set in a call centre, a day in the life of a group of telesales agents, their lives and loves, hopes and dreams, and various other cliches set to music

CAN YOU KEEP A SECRET – A MUSICAL PLAY

A Woman is on the run with her two daughters. But what are the secrets that they are hiding? Who is the Golden Lady? And will the youngest child find The Phoenix, before it is too late?

A little taster at…